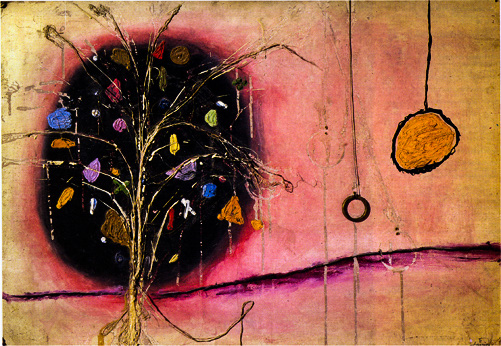 The Fundacio Antoni Tapies is a must-see gallery in Barcelona. Tàpies helped co-found the first Post-War Movement in Spain known as Dau al Set which was connected to the Surrealist and Dadaist Movements,  working in a style known as pintura matèrica, in which non artistic materials are incorporated into the paintings. In 1953 he began working in mixed media; this is considered his most original contribution to art. One of the first to create serious art in this way, he added clay and marble dust to his paint and used waste paper, string, and rags.